A downloadable Board game

Created by Constance, Thomas and James at Fuse Jam 3 with the theme object 'shoelace' and the planetary description 'The planet is famed for the many terraces that look as though they have been 'carved' into rock faces. Claims that these structures must have been made by intelligent lifeforms are unverified.'

Construct a 3x3x3 block on the 5x5 grid, symbols hidden face down

If you’re using wild cards place them in bottom layer

Deal one pattern card to each player - keep hidden

Each player aims to complete their pattern first - aerial viewpoint.

Pieces can move one space in any direction ~ think chess king moves.

If a player’s pattern is revealed by anyone else during play they can shout Terrace and play skips to them.

1 On completion of one pattern, deal two to the player who must complete both at same time. Then deal three pattern cards to complete at same time.

Aim to get Three in a row

Each go- turn and Move OR move one piece

limit of height is 4 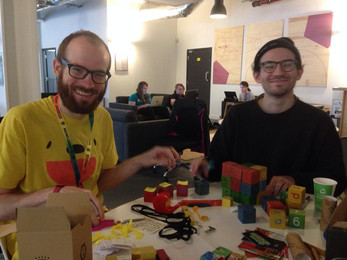 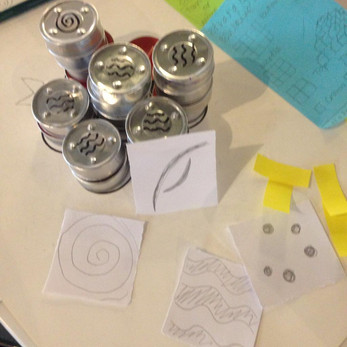